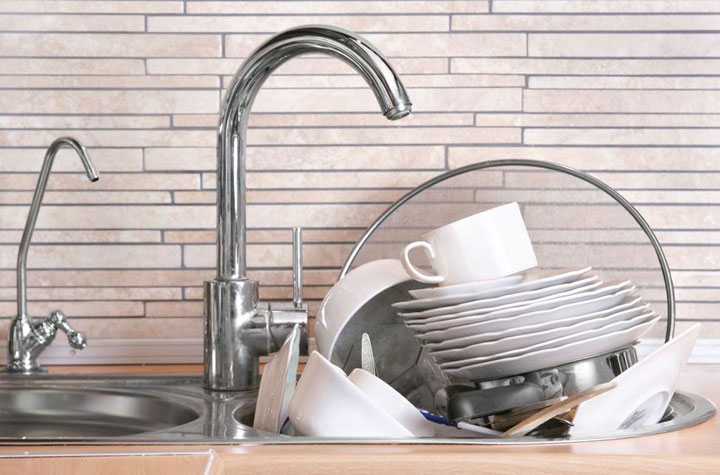 My husband Tim was right.

I used to bemoan the fact that I couldn’t “get it all done.” Periodically he’d respond with, “Honey, you will never  get it all done!”

Here we are, years later, with my last two children having graduated from high school 14 years ago, and lo and behold, I still haven’t gotten it all done! See, he was right!

I don’t tell you this to discourage you but to encourage you─to work smarter, not harder.

I am not a naturally organized person. I realized after we started having children that I needed to figure out how to get on top of things, so I began to read books on organization. In one of those books, I read about a high-level executive who went to a time-management guru and complained that he couldn’t get it all done.

The guru said that he would give him advice and wouldn’t charge him. The executive could then pay the guru what he thought his idea was worth. When all was said and done, the executive paid the guru $25,000! That got my attention!

This $25,000 idea was to write down all you had to do, to prioritize it, and then do the most important things first.

You probably still won’t get it all done, but at least you’ve done the most important things.

As I tend to do when confronted with a new idea, I began to look for the reasons it wouldn’t work. “But everything I do is important!” After all, I wouldn’t be doing it if it wasn’t important!

However, in the same book (which was Freedom from the Tyranny of the Urgent by Charles Hummel, BTW) the author brought up the story of Jesus at Capernaum (Mark 1:21-39). Jesus had a very successful day in Capernaum, healing people and casting out demons. Then the next day, He got up very early in the morning and went to pray. When He came back from time with His Father, the people wanted Him to stay. However, He said He needed to go on to other cities to preach the gospel.

You see, even though there were still needs to be met in Capernaum, Jesus knew that the most important thing for Him to do was the will of His Heavenly Father!

You know what? I still struggle with “getting it all done,” but when I focus on accomplishing the most important things first, life just seems to go much more smoothly and peacefully.

This post has been a long time in coming! I promised more of these ideas back in July. Ugh. How time … END_OF_DOCUMENT_TOKEN_TO_BE_REPLACED

Have you ever heard the joke about the guy, when asked how often he told his wife that he loved her, … END_OF_DOCUMENT_TOKEN_TO_BE_REPLACED

In my last post I covered the importance of commitment to our marriages. When we marry, we make a … END_OF_DOCUMENT_TOKEN_TO_BE_REPLACED

(Part 2, Happily Ever After?) Remember your wedding day? We can all recall how excited we were, how … END_OF_DOCUMENT_TOKEN_TO_BE_REPLACED

Yes, I know. I told you last week that I’d be addressing marriage over the next few weeks. However, … END_OF_DOCUMENT_TOKEN_TO_BE_REPLACED