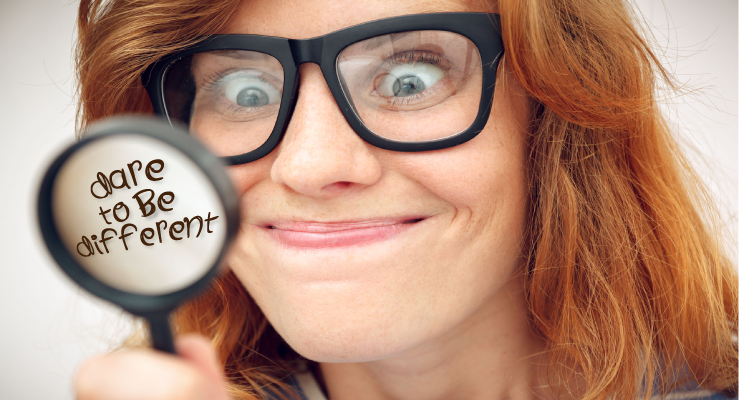 Did you know that the Bible says that Christians are a peculiar people? (Titus 2:14, 1 Peter 2:9 KJV)

You might be glad to know that the word that’s translated “peculiar” in the King James Version means “set apart” in our language today. It doesn’t mean what we usually think of as someone who is peculiar. In our culture, that pretty much means weird.

And there’s plenty of that in our society to avoid these days.

We should look to the guidebook that our Lord has provided for us to see how He wants us to be different. There are so many areas these days that the Bible doesn’t address directly, but it does give us guidelines and principles. As Tim likes to say, “We believe the Bible is the inerrant, inspired word of God, the final authority for all truth and practice.”

Am I saying that we need to be concerned about how we look to others? Well, yes, man does look on the outward appearance. (I Samuel 16:7)

But that’s not all. We are to look different from the world by the way we act, talk, and even think. (The rest of that verse in I Samuel says that God does not see as man sees; He looks on the heart.)

Now, that doesn’t mean that there won’t be those who think we’re weird, no matter what, and that’s okay. Maybe they can’t tell the difference between weird and peculiar. 😉

A man once contacted my husband Tim to apologize for his previous behavior toward him. This man disagreed with stands that Tim took in the political arena based on his biblical worldview, and because of that, this man had a very bad attitude (and apparently bad actions) toward him. He called to apologize and to tell Tim that he had become a believer in Christ. It wasn’t until he knew Jesus that he understood and appreciated Tim, his actions, and his beliefs. We should expect that.

Do you dare to be different?

If you were tried in a court of law for being a Christian, would there be enough evidence to convict you?

This post has been a long time in coming! I promised more of these ideas back in July. Ugh. How time … END_OF_DOCUMENT_TOKEN_TO_BE_REPLACED

Have you ever heard the joke about the guy, when asked how often he told his wife that he loved her, … END_OF_DOCUMENT_TOKEN_TO_BE_REPLACED

In my last post I covered the importance of commitment to our marriages. When we marry, we make a … END_OF_DOCUMENT_TOKEN_TO_BE_REPLACED

(Part 2, Happily Ever After?) Remember your wedding day? We can all recall how excited we were, how … END_OF_DOCUMENT_TOKEN_TO_BE_REPLACED

Yes, I know. I told you last week that I’d be addressing marriage over the next few weeks. However, … END_OF_DOCUMENT_TOKEN_TO_BE_REPLACED