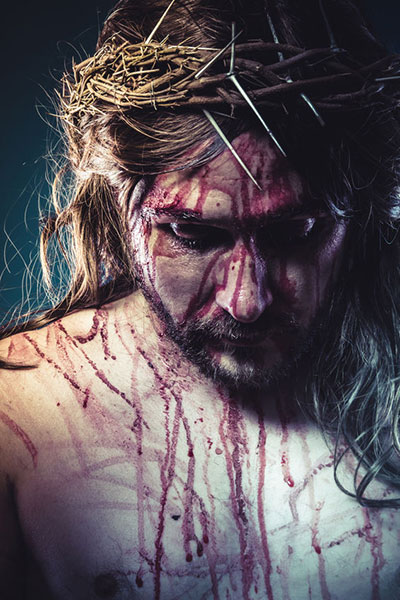 Yes, I know. I told you last week that I’d be addressing marriage over the next few weeks. However, I’ve had this topic on my heart the last few days, and with Easter being this Sunday, this seems like the right time to share it. I’ll get back to marriage in my next post.

Usually I don’t like to be asked why God does something. God is so multifaceted and we are so limited in our understanding of Him (Romans 11:33) that I don’t think we can have an idea about all the reasons that God might do any certain thing.

For example, let’s say you are involved in a car wreck with your husband. Romans 8:28 says “And we know that all things work together for good to those who love God, to those who are the called according to His purpose.” If you and your husband are both believers, then this verse is saying that God is going to use this car wreck for good in both of your lives. If He couldn’t, He wouldn’t allow it to happen. And what if the driver of the other car is also a believer? And his family? God is so great and sovereign that He can use it for good in all your lives!

That’s why I believe that not until we are in Heaven will we have an idea about all the reasons God has for anything that happens.

However, lately I’ve been studying about the trials of Jesus, His death and resurrection as I study the Gospel of John with Bible Study Fellowship, and I’ve been plagued by the question, “Why did this have to be so hard?” God had to watch His own Son suffer and die the horrible death of crucifixion (Romans 8:32); Jesus became part of His own creation and then allowed that creation to put Him to death (Philippians 2:5-11); the Father and Son were separated for the first time ever throughout eternity (Matthew 27:46, 2 Corinthians 5:21); and so much more!

God is the creator of all things; doesn’t He make the rules? Why couldn’t He have done this an easier way?

The first answer that came to mind was so the accuser couldn’t say that it was too easy, that what Jesus did wasn’t enough to pay for all people’s sins.

But later another answer struck me; God also made His Son’s death the required payment for sins so (at least in part) He could demonstrate to us/to me (Romans 5:8) the greatness of His love for us. If it’d been easier, we sinful human beings would not be able to comprehend, even less than we can now, how much God loves us, and we would not be so drawn to Him by the vast greatness of His love.

How true the following words: “How deep the Father’s love for us! How vast beyond all measure!”

This song has been playing over in my mind since coming to this realization. Check out How Deep the Father’s Love for Us! and join me in praising Him for His great love as we joyfully celebrate Resurrection Sunday!

This post has been a long time in coming! I promised more of these ideas back in July. Ugh. How time … END_OF_DOCUMENT_TOKEN_TO_BE_REPLACED

Have you ever heard the joke about the guy, when asked how often he told his wife that he loved her, … END_OF_DOCUMENT_TOKEN_TO_BE_REPLACED

In my last post I covered the importance of commitment to our marriages. When we marry, we make a … END_OF_DOCUMENT_TOKEN_TO_BE_REPLACED

(Part 2, Happily Ever After?) Remember your wedding day? We can all recall how excited we were, how … END_OF_DOCUMENT_TOKEN_TO_BE_REPLACED

Yes, I know. I told you last week that I’d be addressing marriage over the next few weeks. However, … END_OF_DOCUMENT_TOKEN_TO_BE_REPLACED