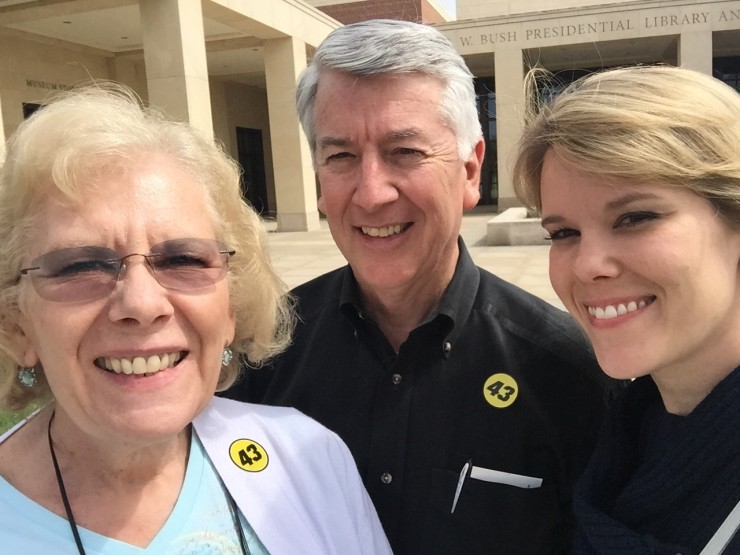 Last week Tim, Stephanie, and I went to the George W. Bush Presidential Library in Dallas. It was time well spent as we took a trip down memory lane into some not-so-distant history. It was very well done, using technology at its finest and having displays and activities for people of all ages.

In the years of my formal education, I never really liked history much. It always seemed to me to be only about wars and dates–not very interesting. I blame that, in part anyway, on the fact that many of my history teachers were coaches, and for some reason it just wasn’t their first love. 😛 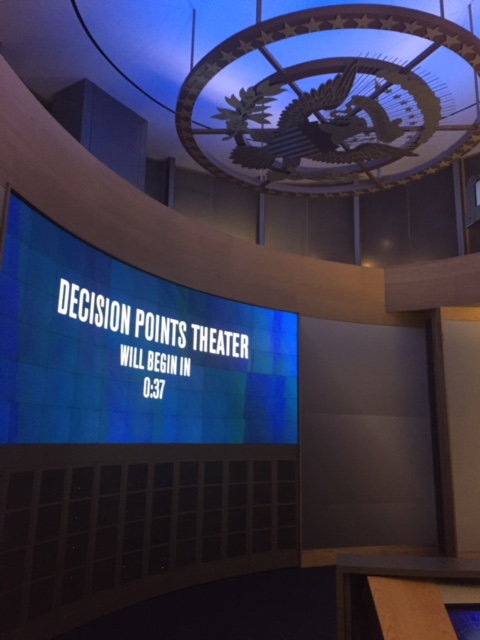 As I home schooled my kids, I began to understand that history was really about people and that it is the story about how God has led and directed the affairs of men–HIS story. We read books by and about the real people of history, which were much more interesting than the predigested information in text books.

We also had the opportunity to travel to many of the places where history was made, to take extended fieldtrips (aka: vacations) to many places in this great country of ours. Experiencing history is, I think, the best way to learn it, whether you are an auditory, visual, or kinesthetic learner, because you get to hear, see, and feel it. 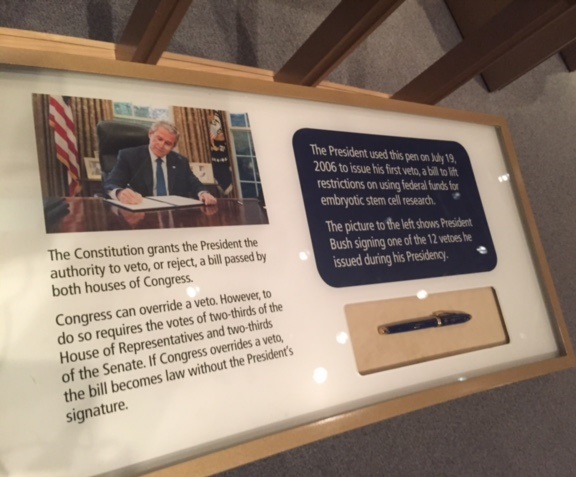 In the George W. Bush library, there is a section on 9/11, which should come as no surprise as it was a defining moment in his presidency. Last September, in my blog I encouraged people to never forget the attack on our nation and the evils of terrorism. Walking through that display was hard, as it brings back the feelings that I experienced on 9/11 as I watched events unfold on TV. But how many of our children now either weren’t alive then or were too young to remember?

I’ve learned, too, that even though I lived through something, I may not have the whole picture of what happened. I learned a lot about 9/11 from reading Thunder Dog, a book written by a blind man who was in the World Trade Tower when it was hit. I have a friend who told me that he had benefited from watching a documentary on the Vietnam War, even though he had fought in it. I liken it to the elephant being described by different blind men, each only touching one part of the elephant.

Edmond Burk, a contemporary of our founding fathers, said, “Those who don’t know history are destined to repeat it.” Over and over again in scripture, God tells His people to remind their children of past events and to teach them all that He had done–to not let them forget. (See Deuteronomy 6:20-25, Numbers 16:38, Joshua 4:1-7, etc.)

No matter where your children go to school, take the opportunity this summer to give them some up-close-and-personal time with history. Don’t think only of ways to entertain them during vacations, but look for ways you can spend quality time together learning about the world we live in and what happened in the past to make it what it is today.

This post has been a long time in coming! I promised more of these ideas back in July. Ugh. How time … END_OF_DOCUMENT_TOKEN_TO_BE_REPLACED

Have you ever heard the joke about the guy, when asked how often he told his wife that he loved her, … END_OF_DOCUMENT_TOKEN_TO_BE_REPLACED

In my last post I covered the importance of commitment to our marriages. When we marry, we make a … END_OF_DOCUMENT_TOKEN_TO_BE_REPLACED

(Part 2, Happily Ever After?) Remember your wedding day? We can all recall how excited we were, how … END_OF_DOCUMENT_TOKEN_TO_BE_REPLACED

Yes, I know. I told you last week that I’d be addressing marriage over the next few weeks. However, … END_OF_DOCUMENT_TOKEN_TO_BE_REPLACED